France has an ambitious plan to renovate buildings with recovery money. But it would still fall short of eradicating energy poverty.

The French recovery plan will dedicate a significant amount of money to the renovation of buildings.

To some extent, this is good news: the overall amount of investments planned, €6 billion, matches the annual investment needs for the renovation of buildings in France. However, only €2 billion are dedicated for private housing, while €4 billion will be dedicated to the retrofitting of public administration buildings.

The money provided for the retrofitting of private buildings in the recovery plan is simply not enough. In the retrofitting of private buildings, if clear criterias and policies are not established to prioritise the households that are affected the most by energy poverty, there is the concrete risk of it benefiting mainly the wealthiest parts of the population. This would simply mean missing the opportunity to eradicate energy poverty.

Investing in the renovation of public buildings is necessary and can have a positive effect on re-directioning the buildings sector. But as it stands in the French recovery plan, it fails to address what also the European Commission has identified as a major challenge: energy poverty.

As energy poverty is one of France’s most pressing social issues which affects around 12 million people, the Government should have devoted more financial support to address its root causes, by focusing on private rather than public renovation, and by specifically targeting the most precarious households as well as deeper, more efficient renovations.

Today, France largely fails to reach its renovation target of 500’000 deep and performant renovations per year. Reports show that at least €3.2 billion should be invested every year in order to deep-renovate the least efficient dwellings to eradicate energy poverty.

The French recovery plan misses the opportunity to alleviate energy poverty2021-03-102021-03-29https://www.cashawards.eu/wp-content/uploads/sites/3/2020/11/eu-cash-awards-logo-2.pngEU Cash Awardshttps://www.cashawards.eu/wp-content/uploads/sites/3/2021/03/08_the-french-recovery-plan-misses-the-opportunity-to-alleviate-energy-poverty.jpg200px200px
CAN Europe gratefully acknowledges financial support from the European Commission and the Minor Foundation for Major Challenges. 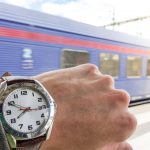 France misses the train in its recovery planMeasures, The Bad