France misses the train in its recovery plan

The recovery plan could have been an opportunity for a fresh start for French railways. Instead, trains are delayed on the French transformation agenda.

The recovery plan could have been the opportunity for a much-needed revamp for the French railways. This has not been the case. While the aviation sector has received €15 billion from the French government through bailouts, railways, which are crucial for the country’s transformation agenda, seem to be left behind.

The French recovery plan has devoted €4.75 billion to the rail system. However, according to the information available today, only €650 million will be new investments stemming from the EU’s Recovery & Resilience Facility over the next two years. This sum pales, for example, compared with the €8.6 billion per year invested by the German government until 2030 for the modernisation of railways.

The modernization of railways is key to ensure a low carbon transport system and to increase the country’s climate target. France has faced a large decrease of rail freights over the last decade. Similarly, daily trains in France are becoming less efficient and less attractive for passengers, while night trains have almost disappeared. All this favors road transports, which is one of the main causes of CO2 emissions in the country, accounting for 94% of greenhouse gas emissions in the transport sector.

The French energy and climate plan foresees an increase in rail modal share by 27% by 2030. According to a study from Réseau Action Climat France, France Nature Environnement and the Fondation Nicolas Hulot, €3 billion additional annual investments would be needed to support the modal shift goals and the decarbonation of the transport sector by 2030.

The government is currently not delivering the necessary investments, which are essential to regenerate the network and especially support small lines, night trains, rail freights and commuter trains. The recovery plan could be the opportunity to get some new and fresh cash: the French government should not miss this train.

France misses the train in its recovery plan2021-03-102021-03-10https://www.cashawards.eu/wp-content/uploads/sites/3/2020/11/eu-cash-awards-logo-2.pngEU Cash Awardshttps://www.cashawards.eu/wp-content/uploads/sites/3/2021/03/09_france-missed-the-train-in-its-recovery-plan.jpg200px200px
CAN Europe gratefully acknowledges financial support from the European Commission and the Minor Foundation for Major Challenges. 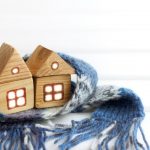 The French recovery plan misses the opportunity to alleviate energy povertyMeasures, The Bad 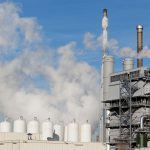