In Germany, public participation on the Recovery plan has been sorely lacking so far.

Civil society organizations were not consulted at all on the first draft Recovery and Resilience Plan (RRP) presented in December 2020. The German government only spoke with selected social partners, including the Federal German employers’ association (BDA), Federal German Industry Association (BDI), German Trade Union Federation (DGB) and the trade union ver.di, on the margins of existing processes such as the Macroeconomic Dialogue in November 2020.

In a new draft of the plan (status as of April), the government claims consultations took place with environmental groups. The reality of this “consultation” is far from reassuring: ahead of the release of the revised plan, and only on request, environmental associations were given a short collective online appointment with the German Ministry of Finance. To qualify this one collective appointment as “involvement in the ongoing process”, as phrased in the new draft, is grossly exaggerated. So far, no clear role is foreseen for environmental NGOs in the upcoming steps, including during the biannual monitoring of the RRP.

Input from environmental organizations is particularly crucial since the German RRP is, at best, a missed opportunity for the ecological transition. The German government decided to use the lion’s share of its allotted EU funds to refinance the €130 billion national stimulus package adopted in June 2020, rather than to provide an additional green stimulus. While Germany pushes for other Member States to adopt reforms as a condition to accessing RRF funds, climate-oriented structural reforms (e.g. fiscal reforms) are completely missing in its own plan.

Germany’s draft plan is no role model for transparency and participation2021-04-202021-04-20https://www.cashawards.eu/wp-content/uploads/sites/3/2020/11/eu-cash-awards-logo-2.pngEU Cash Awardshttps://www.cashawards.eu/wp-content/uploads/sites/3/2021/04/germany_bad_no-role-model.jpg200px200px
CAN Europe gratefully acknowledges financial support from the European Commission and the Minor Foundation for Major Challenges. 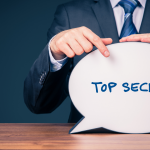 Only selected guests invited to the Slovenian Recovery plan consultationsMeasures, The Bad