Nothing ‘just’ about Czechia’s Transition planning

Czechia is side-lining civil society from the planning of its Just Transition funding. This is a blatant breach of the Partnership Principle.

The decision-making process to allocate EU funds should follow the so-called partnership principle. That means that EU funds spending plans need to be developed with the involvement of all relevant stakeholders, including civil society and affected communities, at all stages of the process. This holds true also for the Territorial Just Transition Plans (TJTPs), which countries like Czechia are currently drafting to access EU cash coming from the Just Transition Fund.

Unfortunately, there has been nothing “just” or “inclusive” about the preparation of Czechia’s TJTP, worth €1,5 billion and coordinated by the Czech Ministry of Regional Development. The Transformation Platform, which is responsible for the preparation and implementation of the Plan and for setting up a participative decision-making process has only one civil society representative out of its 39 members. Czech civil society and affected communities in coal mining regions have been mostly side-lined from the planning process. As the process remains behind closed doors, it remains too inaccessible and too abstract for local actors to engage.

Without meaningful engagement of people concerned and affected, this process will hardly be able to deliver its promise of a green and just transition in Czechia.

Nothing ‘just’ about Czechia’s Transition planning2021-03-302021-04-07https://www.cashawards.eu/wp-content/uploads/sites/3/2020/11/eu-cash-awards-logo-2.pngEU Cash Awardshttps://www.cashawards.eu/wp-content/uploads/sites/3/2021/04/czechia_bad_no-just-transition.jpg200px200px
CAN Europe gratefully acknowledges financial support from the European Commission and the Minor Foundation for Major Challenges. 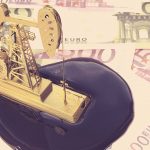 Citizens’ renewables share in the modernisation of the Czech energy systemMeasures, The Good