Big polluters will receive a major share of the Czech Modernisation Fund, thereby delaying the transformation towards a more decentralised and democratised energy system.

In Czechia, the biggest energy companies are likely to receive an overwhelming share of the Modernization Fund.

As these big companies are making their fortune on fossil fuels, hence among the largest polluters, there is a clear rationale for the Modernization Fund to support their decarbonization efforts. However, the allocation of these resources is biased at the expense of small investors, notably municipalities and citizens’ associations.

Although all the programs are formally open to all applicants, in reality they are designed in such a way that it will be much easier for big companies to access them.

Unsurprisingly, the fixed allocation for the programs have been decided without prior public consultations and under pressure from industrial associations. A stark example is the allocation of a mere 1,5% of the Fund to local and community energy projects. This is happening despite the fact that several entities and studies are calling for at least 4% of the Fund to be used for the development of energy communities as individuals and municipalities could play a greater role in clean energy transition.

A well-funded program dedicated to small communities could have sent a signal that decentralization and democratization of energy had become a strategic goal for Czechia. But there seems to be no interest in decentralizing the current energy model and bringing citizens and small municipalities on board. The risk is that, once again, the status quo will prevail. 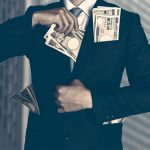 An unjust transition into the pockets of Czech oligarchsMeasures, The Ugly 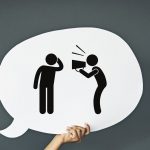 Nothing ‘just’ about Czechia’s Transition planningMeasures, The Bad