Spanish recovery builds the cornerstones for a green urban renewal

The Spanish government is planning to invest Recovery money in sustainable transformation of cities and municipalities. This is a welcome step, as cities and citizens have an increasingly important role in the fight against climate change.

As the urban population is expected to grow significantly in the next decades, cities and municipalities will be key actors in the energy transition. This is especially true for Spain, where 3 out of 4 Spaniards live in urban areas and where cities are responsible for more than 70% of greenhouse gas emissions. Cities and municipalities should therefore receive increasing financial and regulatory support to carry out the necessary transformations effectively and in a short amount of time.

Luckily, the Spanish government has prioritised urban areas in its Recovery plan, as it intends to allocate around €825 million for city-related activities.

The Ministry for the Ecological Transition and the Autonomous Communities have agreed that the priorities will be to boost renewable energy self-consumption in the industrial and service sectors and in public facilities at the regional and local levels (€200 million); regeneration of buildings and the energy transition in municipalities with less than 5’000 inhabitants (€225 million); and electric mobility through recharging infrastructure, innovation and electrification of the mobile fleet (€400 million). In addition, the Ministry of Transport, Mobility and Urban Agenda has proposed initiatives for low-emission zones and measures to reduce the use of private vehicles and improve public transport.

The launch of consultations was another important signal from the Spanish government: as its first beneficiaries, citizens should also have a central role in planning the green transition in cities and municipalities.

Spanish recovery builds the cornerstones for a green urban renewal2021-03-252021-03-29https://www.cashawards.eu/wp-content/uploads/sites/3/2020/11/eu-cash-awards-logo-2.pngEU Cash Awardshttps://www.cashawards.eu/wp-content/uploads/sites/3/2021/03/seobirdlife-scaled-e1616757925436.jpg200px200px
CAN Europe gratefully acknowledges financial support from the European Commission and the Minor Foundation for Major Challenges. 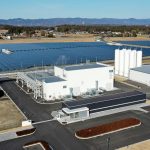 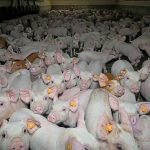