The Spanish government plans to spend a substantial amount of Recovery funds on the development of ‘green hydrogen’. This however is still immature and much more expensive than solar or wind energy.

The energy transition should be based on saving energy, and the electrification of the economy with renewables – especially in Spain, where there is a lot of solar energy potential. Instead, the Spanish government is expected to allocate a significant €1.5 billion of the Recovery money into the development of “green” hydrogen until 2023.

Green hydrogen will play a role in the energy transition, for sure. In particular in those sectors where emissions are hard to abate. But hydrogen from renewable electricity is still very expensive, and the electricity produced from renewable energy sources is needed for the direct electrification of the economy. Nonetheless, big energy companies are fueling a hydrogen hype and are starting to bet heavily on it: they plan to mobilise investments up to €53 billion in 360 hydrogen projects co-financed by EU recovery funds.

There would also be a ‘Basque Hydrogen Corridor’, which foresees the annual production of 20’000 tons of hydrogen and an investment of €1.3 billion until 2026.

Another risk around this hydrogen hype, in a context where renewable electricity is still too scarce, is that attention might shift towards other unsustainable hydrogen production technologies, such as grey or blue hydrogen, which are produced from fossil fuels.

Rather than invest billions in hydrogen, the Spanish Recovery should therefore primarily focus on energy savings, electrification and self-consumption, as well as on improving the efficiency of industrial and business facilities and buildings in general. 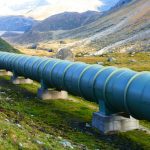 Bulgaria plans to replace its coal dependence with fossil gas addictionMeasures, The Ugly 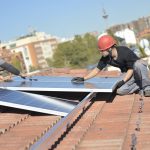 Spanish recovery builds the cornerstones for a green urban renewalMeasures, The Good