Industry taking up too much space in the Estonian just transition

The decarbonization of big industries is a step towards just transition in Estonia. Yet, it should not come at the expense of other needs of local communities in the Just Transition region.

Territorial just transition plans should bring about ambitious and transformative actions developed inclusively with all stakeholders. This means that communities, local SMEs and municipalities should all equally be able to have their voice heard, to be part of the transition and should be supported to be able to do so. This is the only possible way to run a just transition which leaves no-one behind.

In the Estonian region of Ida-Virumaa, the very essence of the just transition is starting to fade. The role of communities in the transition, and consequently all meaningful discussions about their needs, is being brushed aside during the drafting of its Territorial Just Transition Plan, increasingly dominated by industrial interests.

This is clearly visible when looking at how the €340 million coming from the Just Transition Fund are being allocated. In comparison with earlier considerations, funds for regional initiatives are now being cut by 25%, with the excuse that local communities might not have enough capacity to manage them. On the contrary, funding for technological innovation for the industrial sector has increased considerably, under the assumption that more cash is needed in order for new investments to pay off.

Admittedly, the decarbonization of the industrial sector is an important step for any just transition. However, it will fail to deliver unless it is part of a comprehensive strategy that takes into account all other needs of communities in the region. Despite being perceived as a silver bullet to bring well-paid jobs to the Ida-Virumaa region, an excessive focus on industrial innovation will only reinforce the current economic structure of the region, dominated by large companies.

Ultimately, it will fail in its most important task: supporting the just transition and resilience of vulnerable local communities.

Industry taking up too much space in the Estonian just transition2021-03-202021-04-07https://www.cashawards.eu/wp-content/uploads/sites/3/2020/11/eu-cash-awards-logo-2.pngEU Cash Awardshttps://www.cashawards.eu/wp-content/uploads/sites/3/2021/04/estonia_bad_industry-in-just-transition.jpg200px200px
CAN Europe gratefully acknowledges financial support from the European Commission and the Minor Foundation for Major Challenges. 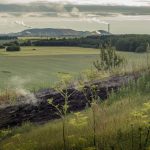 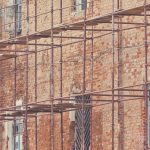 Germany’s buildings left out in the coldMeasures, The Bad