Too much asphalt, too little public transport in the Slovenian recovery

Slovenia needs trains and public transport to reduce emissions of the transport sector. But it will spend its recovery cash on building more roads.

LATEST NEWS: At a consultation on the Recovery plan organized by the President of Slovenia, representatives of Slovenian Minstries stated that a new version of the plan excludes many environmentally controversial projects. However, it is not known when, and if at all, an updated version will be made public.

The European Commission expected Slovenia to use Recovery money to significantly enhance investment in railways. Instead, the draft plan prioritizes the construction of new roads.

The Slovenian draft Recovery plan prioritises funding to roads and neglects more environmentally friendly modes of transport. In a country with the EU’s record kilometers of roads per capita, €433.95 million are planned for construction of new roads and renovation of existing ones, while only €174.65 million will be used to fund railways, public transport and cycling infrastructure.

The transport sector in Slovenia is by far the largest source of emissions: in 2018 it contributed as much as 32% of total emissions, or 52.9% of emissions from sectors outside the emissions trading scheme. To reverse an upward trend in transport emissions and decarbonize the sector, Slovenia needs ambitious measures and investments in railway infrastructure, accessible public transport and cycling, all of which show a significant untapped potential.

Building new roads will not reduce congestion, as the Slovenian Government suggests. On the contrary, construction of new roads will generate additional traffic, increase dependence on road transport and thus further reduce the chances of reducing emissions in the transport sector, delaying its decarbonisation and increasing external transport costs.

Too much asphalt, too little public transport in the Slovenian recovery2021-03-152021-04-26https://www.cashawards.eu/wp-content/uploads/sites/3/2020/11/eu-cash-awards-logo-2.pngEU Cash Awardshttps://www.cashawards.eu/wp-content/uploads/sites/3/2021/04/slovenia_withdrawn_roads.jpg200px200px
CAN Europe gratefully acknowledges financial support from the European Commission and the Minor Foundation for Major Challenges. 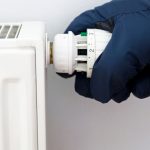 Latvian recovery has forgotten to turn on district heatingMeasures, The Bad 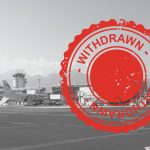