After having recently privatised aviation, Slovenia decides to bail out those companies and start up new ones with national and Recovery money.

LATEST NEWS: At a consultation on the Recovery plan organized by the President of Slovenia, representatives of Slovenian Minstries stated that a new version of the plan excludes many environmentally controversial projects. However, it is not known when, and if at all, an updated version will be made public.

Slovenia recently privatised its international airport in Ljubljana and its airline company Adria (which would go bankrupt afterwards) . With its airport now owned by a large multinational – Fraport – and without the ballast of a national airline, Slovenia should focus its recovery efforts on improving rail interconnectivity with close-by European centres and leave aviation to the private sector.

Unfortunately, Slovenia is taking the opposite route. Last year, grants were handed out to bail-out Fraport and the privatised airport in Ljubljana. For 2020 and 2021 another state aid scheme, partially retroactive, was established for foreign airlines that fly to Slovenia. And now, the start-up of a new airline is planned, potentially the next billion-euro black hole. In the lastest  version of the draft Recovery plan, a staggering €76 million were allocated for this project.

According to more recent news, the government is no longer intentioned to finance this start-up from EU recovery funds. However, that does not mean that the project is dead, and the project might simply shift into the national budget.

This is not only catastrophic from a climate perspective and economically irrational, but also a wasted opportunity, as this money is lacking in the transition towards green mobility . Planes are the most carbon-intensive means of transport, and flights are oftentimes made artificially cheap through various subsidies and the lack of taxation on kerosene and CO2 emissions. Using national or EU cash for aviation is also socially unjust, as it disproportionately benefits frequent flyers. Regrettably, it will turn out to be a wasted opportunity to fund the transition towards a green and more inclusive mobility system. 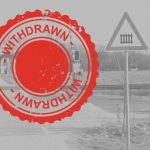 Too much asphalt, too little public transport in the Slovenian recoveryMeasures, The Bad 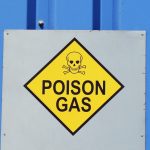