The French government will give a blank check worth €2.5 billion to the most polluting companies in France. The perfect incentive to not change anything.

The French government has announced that almost €20 billion euros of the French recovery plan will be dedicated to an unprecedented tax cut for the biggest, thus the most polluting, companies in France.

Despite the concerns of the European Commission, the French Government decided to permanently cut production taxes over the next two years without a clear focus on the green sectors and with no requirements for companies to engage in the energy transition in return.

Studies show that this tax cut will simply favor the most polluting companies in France. Oil and gas companies as well as carbon-intensive industries alone will benefit from a tax cut gift of over €2.5 billion. Without any green and social conditionalities, they will be free to continue polluting and emitting greenhouse gases.

This is not what the recovery plans should be about. It is an unacceptable waste of taxpayer’s money and directly fuelling the looming climate crisis.

Taxpayers’ gift to France’s most polluting companies2021-03-102021-03-10https://www.cashawards.eu/wp-content/uploads/sites/3/2020/11/eu-cash-awards-logo-2.pngEU Cash Awardshttps://www.cashawards.eu/wp-content/uploads/sites/3/2021/03/07_taxpayers-gift-to-frances-most-polluting-companies-scaled.jpg200px200px
CAN Europe gratefully acknowledges financial support from the European Commission and the Minor Foundation for Major Challenges. 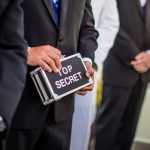 The mystery of the invisible National Recovery PlansMeasures, The Bad 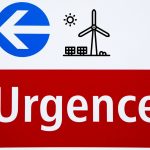