Poland aims to build a future of asphalt and crowded skies

In the last 30 years, Poland has invested heavily on roads and air transport, substantially increasing greenhouse gas emissions from the sector. Now, it plans to finance this trend from the EU purse.

Since the beginning of 1990s, Poland has believed that it needed a transport system just like in Western Europe and in North America: a car for everyone to drive everywhere, and airports in every region.

Today, that climate damaging objective has been achieved: Polish cities have one of the highest rates of cars per inhabitant, it has created a huge network of highways and, thanks to 2014-2020 EU regional funds, at least one airport in each Polish region.

As a consequence, passengers and goods have shifted in mass from railways towards lorries and planes, increasing the level of greenhouse gas emissions from the transport sector by 205% compared to 1990. In many municipalities, cars have substituted public transport, which in some cases has completely vanished due to the lack of passengers.

However, the Polish government does not seem to be satisfied, as it plans to spend even more EU cash on the construction of new roads and airports. Money coming both from the Recovery and Resilience Facility and Regional funds will be allocated for a system of local ring-roads, on the pretext of “making road transport safer”, and to connect regional airports.

This raises concerns about further growth in car and air transport, inevitably increasing the level of greenhouse gas emissions in Poland. This is not what Poland needs nor what EU cash should be financing. Instead EU funds should be invested in environmental friendly transport modes.

Poland aims to build a future of asphalt and crowded skies2021-03-202021-04-07https://www.cashawards.eu/wp-content/uploads/sites/3/2020/11/eu-cash-awards-logo-2.pngEU Cash Awardshttps://www.cashawards.eu/wp-content/uploads/sites/3/2021/04/poland_bad_asphalt-and-airlines.jpg200px200px
CAN Europe gratefully acknowledges financial support from the European Commission and the Minor Foundation for Major Challenges. 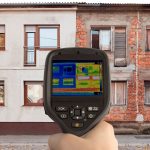 Poland invests in buildings renovation, laying down the foundations for a modernised housing sectorMeasures, The Good 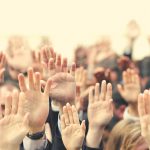 Estonia’s recovery is being designed behind closed doorsMeasures, The Bad